“Resistance is a force of nature. But in order to understand resistance, you have to know, that resistance comes second. The dream comes first.” Says valued author Steven Pressfield.

According to him, the more important an activity is for us, the bigger the resistance we feel. Once resistance has crept in, we will start to procrastinate, talk ourselves out of a project or even decline from starting it in the first place.

I´ve been through this a lot. Before I start A THING, I read a book. And then another one and another one, maybe followed by a podcast or a YouTube tutorial. I dive deep into the theory, explore ways to best execute it, check out people who are famous in this area, learn about pro´s and con`s and swallow all the “general information” I can easily get access to. This happens before I even lift a finger.

This is a profound handling. But there is a problem with this approach: The first book gets me totally excited about the new topic, the second one convinces me, that is for me and the third one leads to the conclusion, that there is no chance, that I EVER will become successful. Throughout book number three I realize, that I´m right at the beginning and that the obstacles are way too high. There are so many people out there, who tried before me and haven´t succeeded.

BETTER TO NOT START AT ALL.

The fear of failure has crept in. The anxiety of wasting my time, with no outcome. But what implies the term “wasting time”? What is “No outcome”, when overall, I already spend a good amount of time and generated valuable insights? IT´S ALL ABOUT MONEY!

You want to become a writer? Haven´t you heard, that writer`s will hardly make a living?

A painter, you say? I´m pretty sure, you heard that Vincent van Gogh only became famous after his death? Oh, and please don´t let us talk about musicians, entrepreneurs and scientists. They study endlessly and nobody is interested in their work.

Does this sound familiar? I´m sure you read it somewhere or a “good friend” told you THE TRUTH, before you even tried it. Or is it just a voice in your head? Is it your monkey mind? Telling you, that so many people struggled, while only a tiny number “made it”. Only a few of these artists and entrepreneurs are financially successful.

In the end, it doesn´t matter, if the voices are coming from the outside or from the inside. Important is, what you do with these voices. Will you listen to them or have you found a tool to demystify them as what they are:

We define ourselves so much trough money. We judge possible projects not worth the effort, only because the outcome is not foreseeable yet. I had been at this stage ever so often. I started reading about something and in my head immediately appeared a hundred of excuses, why this is not working for me. And they all ended with: This is very nice, but in order to earn money with it, I have to start a zero and invest a lot of time and money before I get an outcome. This is not worth it. It´s just a waste of time and money. Believe me: these are all excuses for the fear of not being good enough.

There is only one way out of it: DO THE WORK.

Fascinated with ART in general, I´ve read a lot of topic related books. I read about, how to become a writer, about Feng Shui, about Interior design and I read biographies of successful personalities and books, successful people have written to give guidance for creatives. The common ground is very easy: whatever it is, you want to try or to become,

YOU HAVE TO ACTUALLY DO IT.

No complaining, no procrastinating, no hesitating: just go out and try.

In order to become a better writer, you have to write.

Becoming a Yoga teacher without training your own flexibility and strength and have a constant practice yourself? Not possible.

A successful painter is painting 1000 canvas, before he is even thinking of selling one.

Nothing, really nothings happens, if you only do it in your head. Contemplating about the theory and generally knowing how to do it, will take you nowhere. It took me a while to understand this. It´s not, that I never tried out new things. On the contrary, I tried a lot of stuff. It´s just that I never realized, that the difference, why some of the things worked well and others didn´t, was the act of doing it.

I had several trainings to become a professional Feng Shui practitioner, learning from a well-known teacher, who gracefully shared her wisdom. One of her mantras was “go out and do the measurements. At any building you want. You have to practice to become a good Feng Shui consultant.” All I could see, was her immense wisdom and that I would never be able to hold her a candle. I kept, what I learned for myself, only practicing Feng Shui, whenever we moved to a new house.

A bit later, I became obsessed with how to set-up and furnish our new-built house. I taught myself how to draw interior design maps including the light plans. Within months, I became a specialist on how many lumens you need for which part of the house; I even dreamed about it. What made the difference? I was so “into the topic” of this heartfelt project, that night after night, I designed options for each room, until we visualized furniture, wall colors and light effects clear enough to go out and buy the stuff.

Another time, I had the idea of becoming a Yoga teacher. After our move to Switzerland, I had started a weekly Yoga class, which I fully enjoyed. Soon, the idea of becoming a Yoga teacher popped into my mind and I searched for teacher trainings in the area. The only reasons, why I finally never started was, that this course was for 2 years and I wasn´t sure for how long we would stay in Switzerland. That´s what I told myself.

The only reason I never started, was resistance.

I didn´t even bothered to enhance my practice with more Yoga classes, retreats or just practicing at home. How could I dare to think of becoming a Yoga teacher, without doing the first step?

During our move from Greece to Germany, it was the other way around: I plunged completely into Yoga. I used it as a tool to catalyze my emotions for an unexpected move and channel my energy. I practiced Yoga every day, just to breath and move. Guess what? Over the months, I became more flexible and stronger and I incorporated Yoga into my day. Stuck in traffic? I started breathing and consciously listening to the music. I was stressed about this or that? I went to the mat. Never, during this period of time occurred to me the thought of becoming a teacher. The only thing I wanted to do is practice. Over the course of two years, my daily practice made me confident enough to call myself a Yogi.

IT IS THE ACT OF DOING IT –

which brings you closer to your dreams.

We are facing difficult times now, there is no point in denying this. We have to arrange ourselves with the circumstances. Some of us sense they have more time, others have less. The truth is, we have exactly the same amount of time as we always do, it´s just the question of how we use it. Do we spend our time conscious, practicing our craft or do we procrastinate, taking circumstances as an excuse?

I like the quote that “obstacles do not block the path, they are the path”. Even though we live in challenging times right now, we have to crave time to practice. Time, in which we do nothing but THE WORK. We won´t get more time or less time and we won´t get another life (well, depending on your beliefs, please don´t judge me on that).

The only time we have IS NOW.

Start chasing your dreams. Don´t procrastinate to later. Try to practice as best as you can in the current situation. Install yourself new routines, which give room to the change of your daily business.

Your kids are in the house and you find no time? Try to get them involved as best as you and they can. They are eager to help cooking; they can join you in exercising and they even may like to paint their own canvas, while you´re trying to be creative. If YOU BELIEVE you can do it, they will to.

You can´t go to work to push your business? Try to find ways to accelerate it from home. There hasn´t been a better time for online business than now.

And whenever you feel tired, exhausted, desperate, having a thousand excuses, why you can´t start your work now, know that this is only RESISTANCE. Start playful, don´t expect too much. Say to yourself: “I just do this or that for little while. I give it a try. Just for the fun of doing it.” Now is the time to slowdown, relax and don´t get stressed about the outcome. Now is the time of doing the work.

"I dream of painting and then I paint my dream." 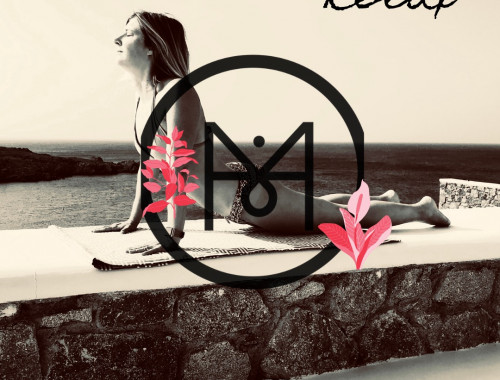 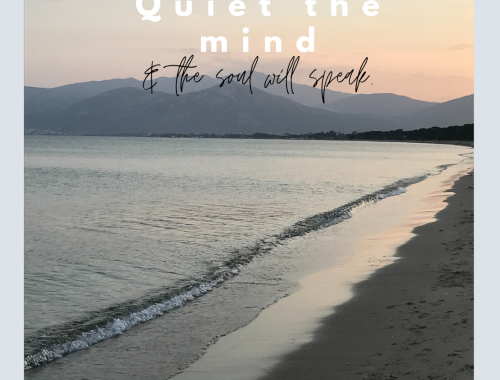 The Beauty of a quiet mind – lean back and enjoy 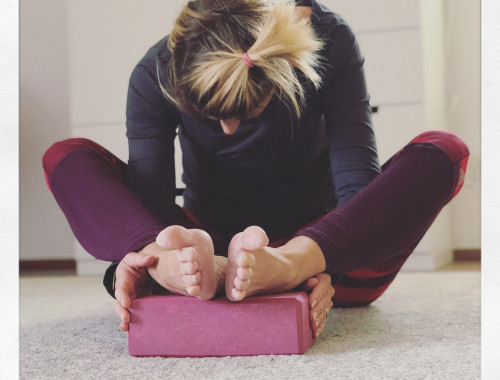 Compassion 2.0 – the journey starts in you