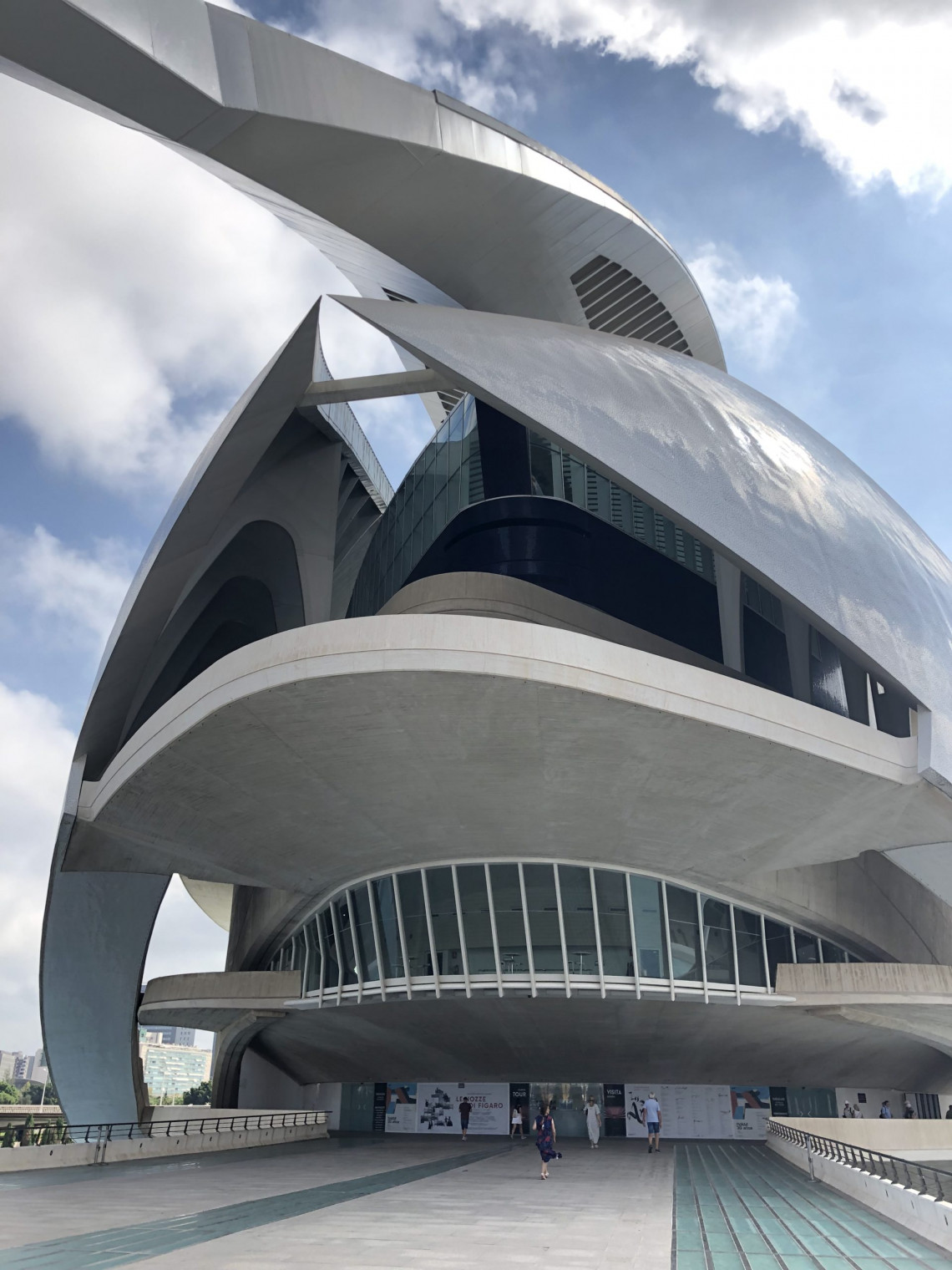 Have you ever wondered why some people master challenges better than others? Are they better equipped, more risk affine or more intelligent in general? Why do some people “jump ahead” and others always stay on safe ground?

comes to my mind, while scanning through the photos from my latest city trip. Trying to get some distraction, I shuffle through the photos and get an immediate smell from a delicious Paella in my nose. Last September, I travelled with my sister to Valencia, a vibrant city on the East coast of Spain. Now, I´m ready to prepare the photo book.

Located south of Barcelona, Valencia is the third biggest city in Spain. Founded at 138 B.C. it has a long history, becoming a trading town due to its harbor and the strategic position at the Mediterranean Sea. Meanwhile the city is well known for its combination of modern architecture with its historic center, which is one of the largest in Spain.

We were fascinated by the possibility of walking along the old “silk road” as well as getting lost in the concentric circles of the buildings in the City of Arts and Science, an arrangement of buildings designed by star architect Salvatore Calatrava.

I loved these futuristic buildings; the “Palau de les Artes Reina Sofia” – the Opera House, the “L`Hemisferic” – IMAX 3D cinema and planetarium, the museum of science and the “L`Oceonogràfic” – a huge aquarium with different buildings and a huge biodiversity. Combined with each other through the “L´Umbracle”, a snake long building with open skies and a lot of greenery to stroll around.

Impressed by the outer shell of the Opera house with its filigree lines and surprising angles, we decided to take a guided tour in the insight of this wale-like building. We learned that the building was designed after a Spartan helmet and named after Queen Sofia from Spain. The highest part of the building is 75 meters, divided into 14 floors, 3 underneath the ground. Core of the Opera are the two main concert halls, one on each side of the building. Whereas one is classily cased in wood and can open up his roof to let the auditorium view the night sky while listening to music, the main concert hall is decorated with millions of dark blue ceramic tiles.

“Ceramic tiles?”, you may wonder. 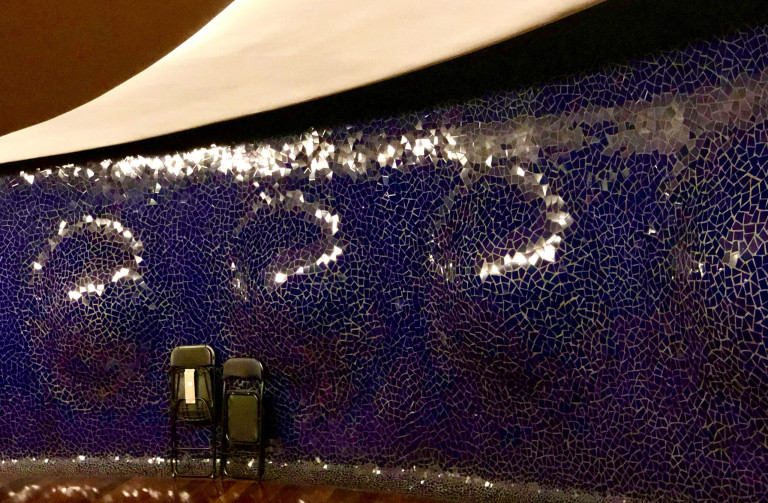 Yes, you are right. The interior walls are completely decorated with shimmering dark blue tiles. Even the amateur may guess, that tiles won´t have the best acoustic for high quality music concerts. They mirror the acoustic noise, they distribute the music in different directions, they are definitely not designed to decorate a famous opera hall. Still, that´s what Calatrava wanted.

That was his vision (also see “Hold your vision and trust the process“). Above anything else, he wanted these dark blue ceramic tiles to combine the closeness to the Mediterranean Sea, with a long history of ceramic artisanry in Spain. And he wanted it all in “his concert hall”.

Can you imagine how many people have told him “this is impossible”, “you are crazy”, “nobody would risk his reputation in doing this”, and so on and so on.

Meanwhile, he followed his vision and started to work.

He contacted people all over the globe, all specialists of their craft, to bring the knowledge together. He designed the concert hall in miniature to try out the sound effects of the tiles. He continuously worked after his vision. Until he finally found a possibility to arrange them in such a way, that a high-quality sound for famous orchestras and artists will be enhanced.

Overall, the building was 4-times as expensive as projected. Already during the first season they had to replace huge parts of the tiles as the concrete had soaked up water, but the concert hall still has this beautiful blue ceramic tiles and classicists have stated it an amazing acoustic.

Just think about how Santiago Calatrava sat in the inauguration ceremony in one of the amazingly comfortable chairs, looking up at the walls and thinking smilingly:

What is it, you always wanted to try, but stopped before even starting because you thought “this is impossible”? Designing a comic, starting an acting career or inventing that little thing you think the world needs most right now? Why not try it? Why not take the leap and do the first step – NOW.

"Look and you will find it - what is unsought will go undetected." 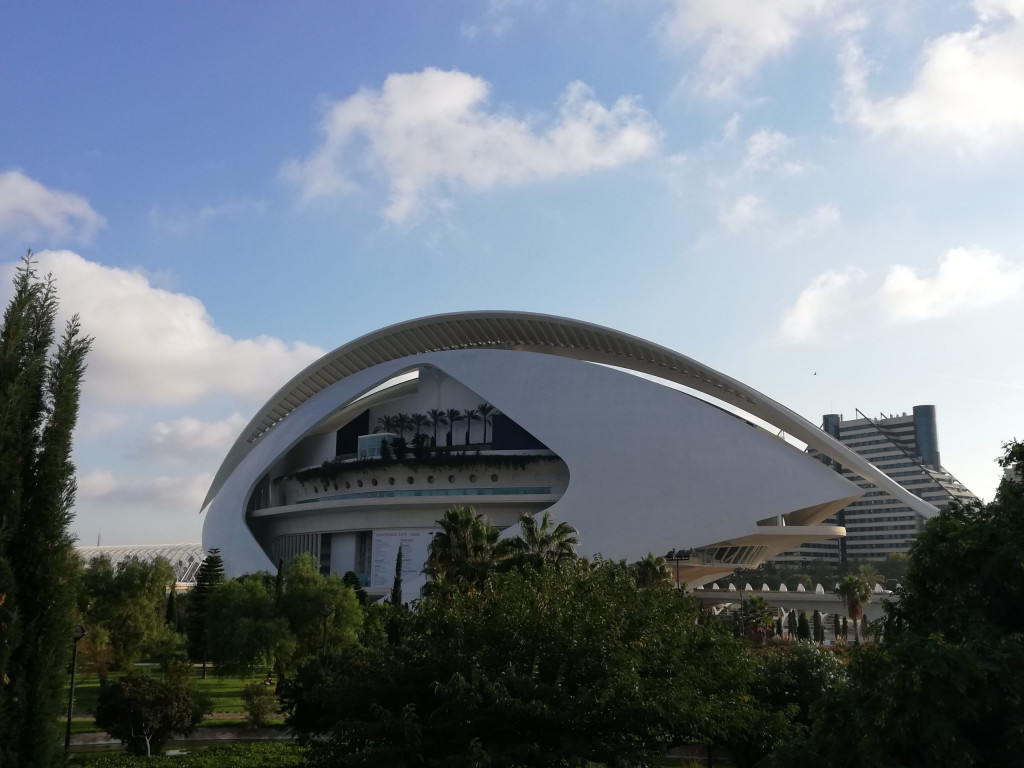 It’s not about Yoga, Training your flexibility is key. 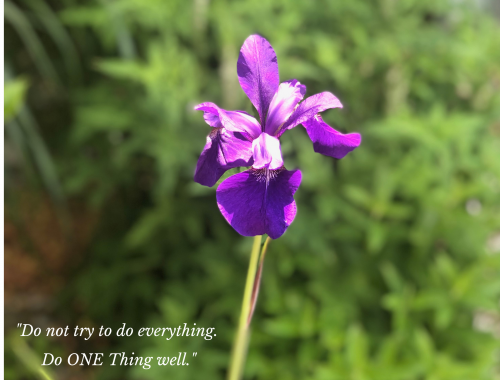 ONE Thing: Using the domino effect to life a healthier and happier life 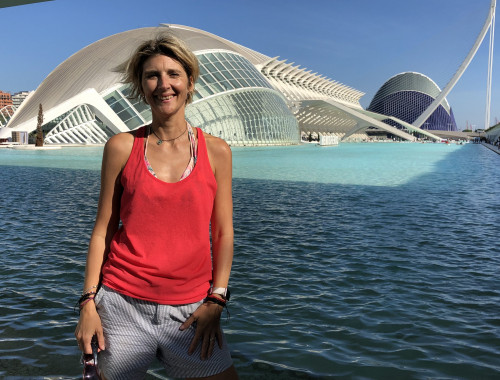 Life is too short for later, start acting NOW!